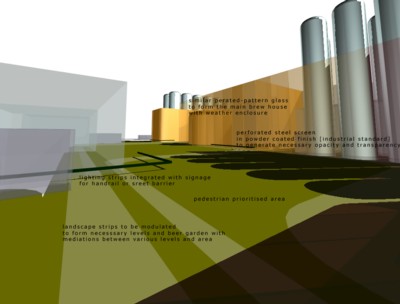 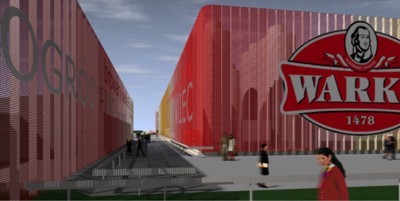 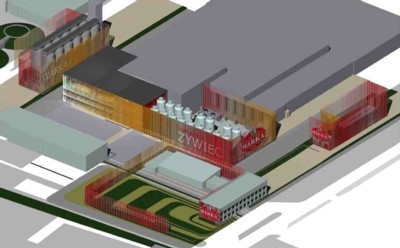 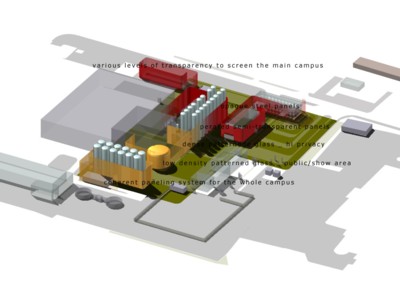 Design for een new brewery house, restaurant-canteen, beergarden and general upgrade of the appearance of the Warka brewery in Poland. The brewery fulfills an important role in the public life of the village of Warka. For instance politicians come to visit the brewery at regular intervals. The design of the extension of the brewery is therefore approached as making an urban plan for a campus that in its organization resembles that of a small urban neighborhood. The plan encompasses all aspects of the brewery, like for instance the possibility for extension in the future. The infrastructure on the campus has been carefully redesigned, in such a way that groups of visitors and maintenance traffic of the brewery cross at least as possible. The route for the visitors leads along the whole brewing process. The screens that shield off less contemporary (but perfectly operational) installations are used to explain the visitor about the brewing process.